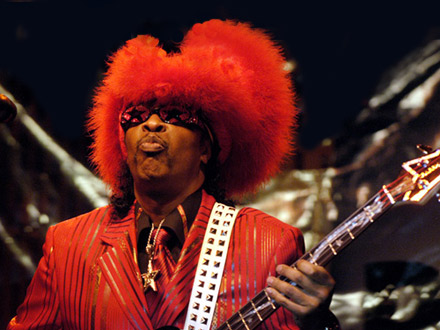 Last night Booty Collins and his band of merry men (and women) performed at the 2008 Milwaukee Summerfest, where they paid tribute to the Godfather of Soul. Yeah, James Brown passed over a year ago, but the concert series is Bootsy Collins way of acknowledging the man that taught him the basics of funk.

“Bootsy Collins joined the James Brown band at a ripe old age of 17. After the Godfather taught him to play on ‘the One’, he let Bootsy loose to do his thang. As long as it was James Brown tight, he could play all night.. Bootsy, and the original JB’s will play along with Catfish Collins, Jabo ‘on the one’ Starks, Clyde ‘the funky drummer’ Stubblefield, and Johnny ‘the Afrikan Groove-ulator’ Griggs.”

I’ll stop there because very few people know any of those names. However, with this ghostly picture of Vicki Anderson..  I couldn’t resist this clip. 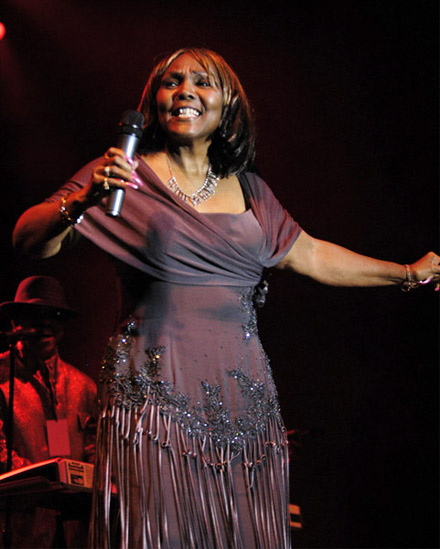 The only picture of Vicki Anderson I have ever seen was on an album cover from the 70’s; who knew she was still kicking? But last night she was on stage with Bootsy Collins. Vicki Anderson - along with Lyn Collins and Marva Whitney - made high power soul music with the JB collective. I’d consider theirs the hip-hop music of the era.

Not just because it has been sampled heavily, because of the sound and energy in the music.

Or as the Nubies know it.. Lil Kim “No Time”