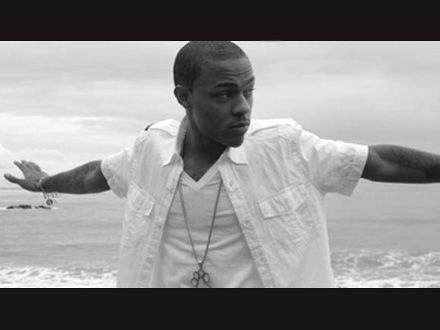 Is Bow Wow reviewing movies now? When the movie is about one of the top five rappers to grab a mic, he is. I was poking around for reviews of the gotta-be-terrible Mall Cop, when I stumbled on a clip of Bow Wow giving Notorious the Ebert. Bow Wow’s take: it’s a must-see for anyone that calls themselves a rapper or just loves hip-hop.
He also talks about how terrible hip-hop is today as compared to that time in music.

I like how artists make bold statements, criticizing their peers, without naming names or pretend like they don’t have an album not much different from the mess that’s on the radio. But I respect Prince Bow Wow for the honesty and.. for giving respect where due.

If you’re looking for an opinion your uncle(s) might spit, try these two..

They aren’t really called the Palm Tree Guys, it’s how they rate movies. Notorious got five tall ones.

Not everyone enjoyed Biggie’s two-hour resurrection. There is always one person in the theater not too happy or impressed with what they’re watching - and they let folks know. “Some of the acting was so bad I just started laughing.” ← Those are the words of Meta Smith. She wasn’t feeling Jamal Woolard and thought Lil Kim was disrespected.

Quick reply: the scene where Gravy (Big) makes up with Faith wasn’t bad acting, it was a lack of dialogue ie. crap screenwriting. She’s right about Angela Bassett and Anthony Mackie though. Not so much with Lil Kim. Never heard Big talk about Lil Kim as the love of his life or a girlfriend. The beef between Kim and Faith was as real as it was onscreen. Who is this chick coming out of nowhere to steal the man that apparently, ain’t that into me.

By the way, Meta Smith writes books. The webcam doesn’t do her justice. 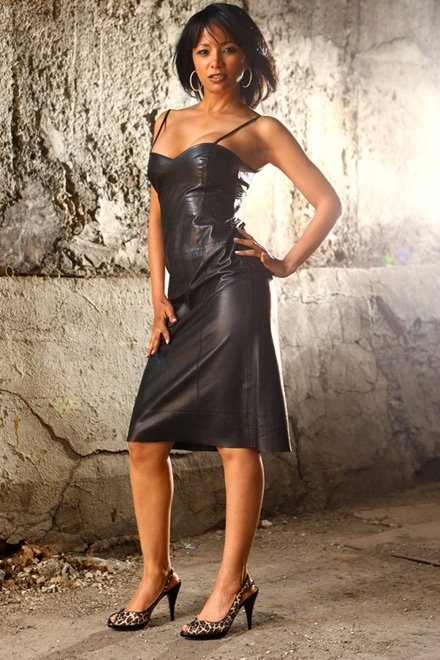 I’m sorry, is that on the level of Naturi’s ‘tiddies’ for no reason? 😉

I agreed with alot of what Meta said. I thought I was the only person who noticed that Ms. Bassett (My favorite actress)was slipping in and out of her Jamaican accent. I don’t think Lil’ Kim’s portrayal was accurate nor fair. And Meta is brings up a good point..where was Charli Baltimore?

Lil Kim should have held out… This movie portrayed her as a whore and not as the muse she was for B.I.G. I walked out of that shit and thought I could do way better than they did teaching my children about one of the greatest rappers to ever bless the MIC.

I would I would also like to apologize to Mrs. Wallace and her grandchildren for the horrible sex scenes and the whack story line! I love BIG, but I could not stand to even see the end…

Thank God I know the real story… I am a Vegas boy and I know if PAC was portrayed like that I would freak on the PRODUCER! One!

i thought this movie was ILL!!! i saw it twice already!! hit up the theaters

yeah i’m glad i know the whole story too, but bow wow just a youngsta, so of course he is super amazed, but i was a bigger pac fan than biggie, so when they do his story its gonna have to be real none of that changing story line bullshit, it needs to be 100, but don’t get me wrong its worth the bucks, go check it out.

The movie was dope but a lot of details were left out. It touched on all of the major issues but I would’ve liked to have seen more on his pre-super star life and some of the stories and relationships that we don’t already know about. I also woulda wanted to see more of his interraction with Kim and the Jr. Mafia. We all know how his story ended, more of the shit that we don’t know woulda been cool. But I guess they couldn’t squeez every aspect of his life into a 2hr film.

Hey man! Thanks for the shout and link to my Amazon page! Good looking out. And thanks for thinking I’m cute. I try. Sometimes. 😊

I gave you love on my blog and will absolutely be hitting up your page to get my daily gossip fix!

Bow Wow is on the money as usual. The film is a MUST. And not just for Hip Hop fans either! It’s everything you want in a movie, man. I didn’t even know much about the Notorious man until I saw it but wow, his story is as awesome as his music.

um, Sloaner, are you crazy?!!!! Every single person,
and I mean EVERY SINGLE PERSON, I have spoken to, says this movie is all that and more. I’m not letting one clueless hater hold me back from seeing Biggie’s story on the big screen. No sir.

LOL. People, people. Can’t we all just get along? It’s a movie, y’all. Nothing more.

Now I gotta disagree - with Rodney. Funny name, by the way. But maybe not so much, know what I’m saying? Anyways, Notorious is more than a movie. No joke and no lie - it’s history, man. Everybody who can get to it should.

Chris no post about the Inauguration today? lol! You know I was all ready to say something! I know you got a story in the works! Give me a shoutout when you post one 😉!

Thank you MsMoni for pointing that out!!! I was just about say the same thing…us old heads know Chris must really be drumming up something good!

hi my name is alexis you are sweet know crazy ate happy only sife samill.best

@Meta_Smith… for an author ( I’m taking your word for it ) she doesn’t seem to be able to collect her thoughts, deliver a sensible review and keep her stupid accent down so it’s less inauthentic and nauseating.

Her review is useless and it rubbed me the wrong way about this girl.. she sounds like a snob and someone who thinks her opinion matters.. she sounds like she hates her own people ( maybe because she’s light skinned ) I don’t know.

I don’t like her and I’m not really to keen on ever seeing her face again, f**k her review it’s not even about her, it’s her whole attitude, I don’t know why these D-List celebrities think they get a “say anything” pass.. she just seems so trashy and unpolished I don’t know what to say!!

My review of her review: 3 weave tracks out of 10. She should continue her community college creative writing classes and delete her YouTube account immediately!!!

I was planning on going to see the movie over the weekend but I was so heated by this crazy chick I had to see it last night in the middle of the week… I could barely keep my head from nodding at work.

While it’s all still (relatively ) fresh, I will say:

- Angela Bassett. I grew up amongst Jamaicans. She has none nor attempts any serious accent. She was consistent and clear in her speech

- Lil Cease. Perfectly played, small role but he filled in a few lines to Biggie when necessary. It’s obvious they were close. I would have liked more of a story on how they met and why they were so close and even his point of view since he was right in the car when BIG got executed

- Titties. Shown ONCE during a sex scene and a little nip-slip in another sex scene. This was so overblown. Kudos to Naturi though, she’s fly.

- Lil Kim. Very small role, I loved the scene with her and BIG in the booth because it felt like it was real or could have actually happened. We know Lil Kim can get wild with her statements sometimes, I can totally see her eyeing Faith and grabbing her crotch and shit.. LOL @ “You weren’t saying that when you were eating my pussy”... classic. Naturi did a good job but not outstanding, Lil Kim is just too ambitious a role for her, but she had a general essence about her but that came mostly from the styling and rapping. I would have liked to see more of Big/Kim dynamic, it must have been more than met the eye to outsiders, Kim should have participated more to give a first-person impression.. but knowing her we’ll never get the real objective truth anyway.. She wanted Chritina Milian to play her so we can see she’s delusional.

- Puffy. Played very well. I don’t like Derek Luke but he did okay. He was the perfect puffy imitator when he was Biggie’s hype man. The styling was perfect. Not just for him but the whole cast actually. Derek had Puff’s swag in full effect.

- Pac. Played very well as well. I love Anthony Mackie from what I’ve seen of him in interviews and movies. But again it is very ambitious to try to portray TuPac in a movie. he did a good job yelling out the car, but nobody can throw a hissyfit like Pac when he’s motivated.

- Faith. A little too sweet and simple of a relationship. From itnerviews, we know there was more interaction with Lil Kim yet in the movie it’s like they never met. This is obviously on purpose. It’s also a mistake. That would have engaged the audience more.

- Last but not least, B.I.G!. Perfect casting, there were times I had to look closely cuz he looks JUST like big in the hoodies, hats and coogie.. it’s spooky. They did a good job on him and letting him sit well in that character, big is not a huge character despite being an Icon he seems easy going so all Gravy had to do was kick back and just ease into that low-key biggie mood. I never saw BIG hype or over the top like Pac or any others. This is the same about Jay-Z.. he doesn’t throw a fit like other rap-male-diva’s. What I would have liked to see were fuller scenes. I realize it’s only a 2 hour movie but damn we needed more details!

OVERALL.
Great movie. 4.5/5. It would have been a 5 if there were more performance scenes, less of Get Rich or Die Hard feel, a bit truer to the 90’s, more celebrity friends, more, more, more. The plot was simple and expected and it would have been nice to get some real dirt or something new.. everythign in the movie is in the public record in some interview and for someone like me who loves BIG I’ve read damn near every interview even remotely related to him so everythign was sort of just a re-enactment.

I did like hearing some of the earlier verses, they shoul dhave showed his notebooks and so on, maybe that will be in the DVD box-set.. If they’re smart they’ll make sure that shit is a real collectors item. Loaded with all BIG’s video’s some home movies, pictures of him growing up, pictures and words from his kids and baby mama’s.. jsut the full picture into his life and inspiration and so on.

I loved the movie and I’ll be going back this weekend to see it again!!

babyG your from the old school, you know the ‘official reviews - Extra Butter’ went on the blink years ago. I blame Nicky Mac :p