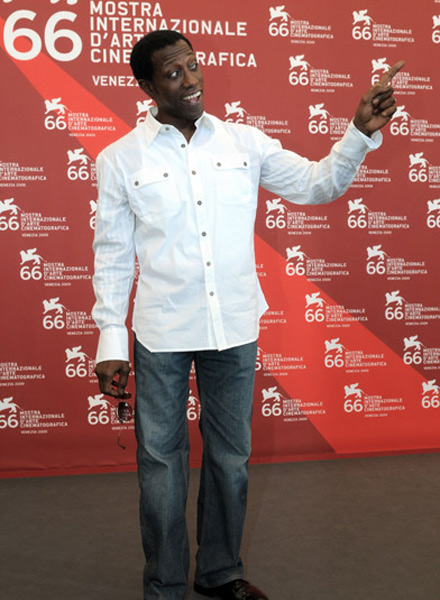 That’s not some Googled up picture of Wesley Snipes in an easier, happier moment of a free working man. It was snapped yesterday at the 66th Venice International Film Festival in Venice, Italy. Wesley Snipes was on hand for a screening and promotional duties related to his starring role in the upcoming movie, Brooklyn’s Finest. A cops and crooks story directed by Antonie Fuqua - think, Denzel in Training Day or cycle back to August, I wrote something on it then.
Ethan Hawke reprises a cop role, along with Richard Gere. Don Cheadle and Wesley Snipes are.. well, you can guess.

The movie is set for a limited release in the US on November 27. Those lucky enough to have sneak previewed it have raved and thumbed up like the Fonz. 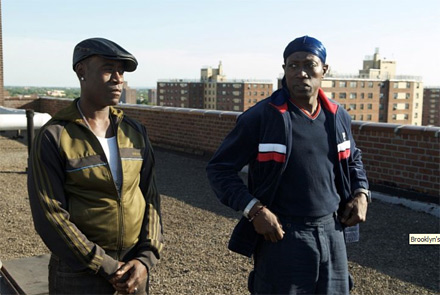 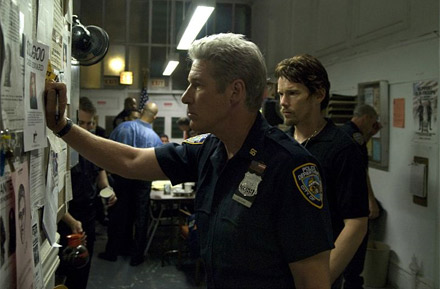 “Richard Gere, Don Cheadle, and Ethan Hawke bring all of the intensity and complexity required to breathe stunning life into their characters’ fractured souls. Fuqua flourishes in this terrain. Showing complete command of the cinematic language of the genre… “ 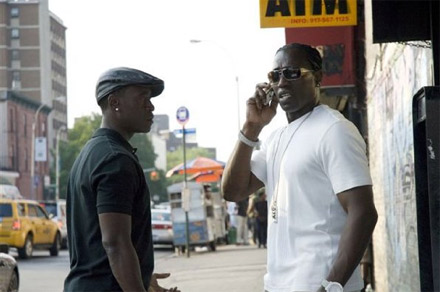 “he creates a visceral and emotional punch that displays a master at work.” 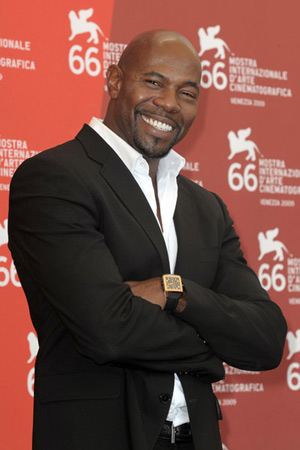 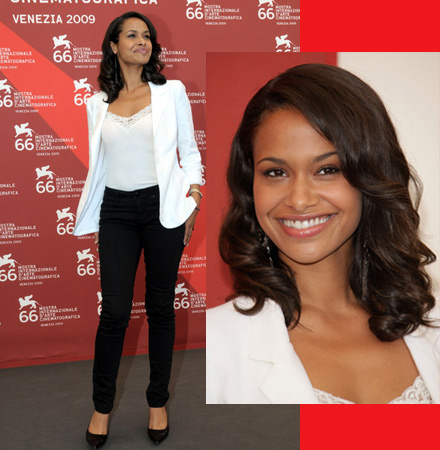 Shannon Kane. She’s a regular on All My Children. It’s obvious why she had no problem getting on the big screen. 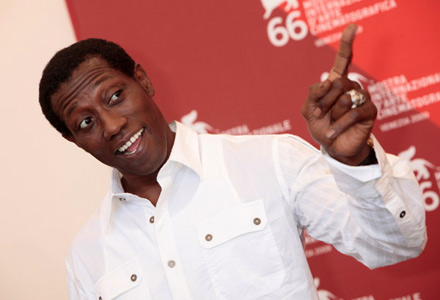 The main question: when the hell did Wesley Snipes get out of jail?

In June 2008, he was sentenced to three years for failing to file and pay his taxes. It was the maximum sentence. By keeping the appeal process going, Wesley Snipes hasn’t spent a night in jail. He says he was an innocent bystander in the tax scam, not a participant, and his attorneys argue the trial was improper and the three year sentence too long. This Michigan lawyer got his blog on about Wesley’s situation.

Gotta love Wesley’s shuffle, but it seems after over a year of appeals, it’s just easier to do the 36 months. Not like he won’t be treated like the star he is.. was (?)

in answer to the IDIOT who wrote this article WESLEY SNIPES NEVER WENT TO JAIL EDUCATE UR SELF !!!!!

R-E-A-D “Wesley Snipes hasn’t spent a night in jail” .. That’s the point I made.

dude look like a crack head i got a square bitch

Thanks for writing such an easy-to-understand artilce on this topic.