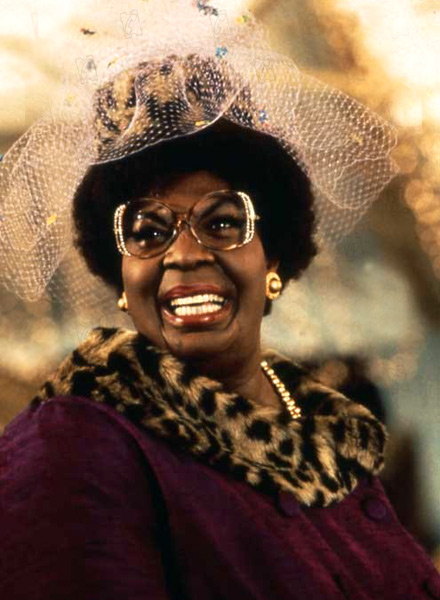 Hercules, Hercules! Word on the Hollywood vine is there is an open invitation for writers to submit ideas for Nutty Professor 3. If Eddie and the studio heads at Universal and Imagine entertainment are impressed and find the right director.. Eddie will slip on that fat suit for a third, fourth.. fifth time. It’s hard to keep up.

Outside of Dreamgirls, all Eddie does any more is slap on makeup and play multiple characters. No need for co-stars.. it’s Eddie Murphy, starring Eddie Murphy, and maybe some talking animals thrown in the mix. Remember Boomerang? Harlem Nights?.. don’t even talk about Trading Places. What happened to that guy?

Got a legit idea for the sequel? Contact (Jim Wyatt?) at the WMA.

please,may be this is really him he   is really being him self making fun of black women not funny at all

Stop it Eddie, just stop it!

I think the Nutty Professors were really funny its a great family movie and you will always get a good laugh. so I’m all for it. I also want to complement him on his acting and performing skills in Dreamgirls. Just goes to show you can believe the hype, or just keep on doing what your doing no matter what people say. Enough said.

Ah plz… he should just give it a rest!

I enjoyed the 1st Nutty Prof. I thought the 2nd one was ok.  I just think making fun of “fat” black women isn’t creative. It’s been done. How many times are we supposed to laugh at a fat woman over-eating.

Why can’t he make a clever, funny movie uplifting black women, instead of mocking them.

Even though I would only see this movie if Murphy was in it, but NONE OF THE NUTTY PROFESSORS WERE THAT GOOD!

THE MOVIE IS ONE OF THE BEST AND MEMORABLE MOVIES OUT THERE…ALL OF YOU SAYING ITS OFFENSIVE AND STOP IT…JUST SHUT UP..ITS JUST A MOVIE..GET OVER YOURSELF…EDDIE JUST DO IT AND YOURE THE BEST..LOVE LOVE LOVE LOVE ALL THE NUTTY PROFESSORS MOVIES AND WANT MORE OF IT….
IDEA FOR THE THIRD:  SHERMAN GETS MARRIED AND HAS KIDS…FAT LITTLE PROFFESSOR LIKE KIDS AND THEY ARE TROUBLE