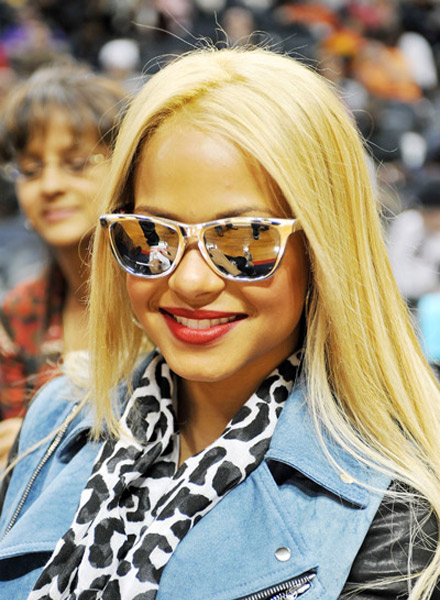 Who’s that girl? It’s Christina Milian looking like a certified celebrity last night at the Philips Arena in Atlanta, Georgia. The Atlanta Hawks were taking on King James and the Cavaliers. Sporting the second best record in the league, Lebron hit the free throw that gave the Cleveland Cavaliers a one point victory. Also on hand to witness a future NBA hall of famer at work, were.. 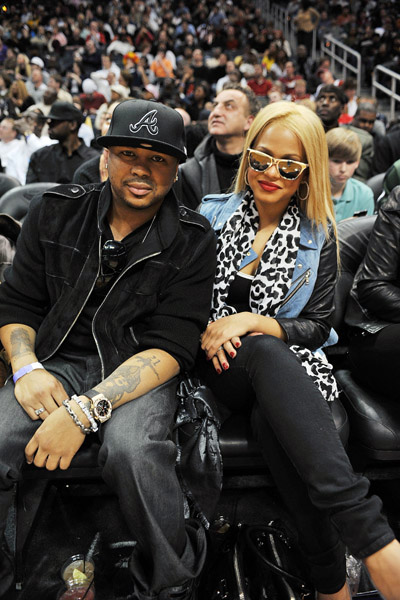 The-Dream, squished in next to Christina Milian. Think Christina can get him to write that hit song she so really needs? That answer would be.. Yes. 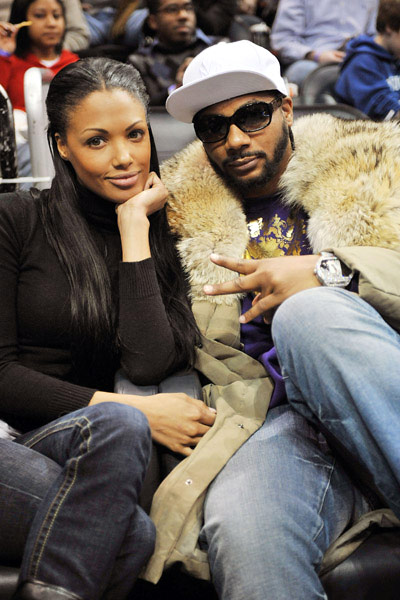 Polow Da Don was seated next to K.D. Aubert, the former video girl/model. K.D. is still doing what she can to break big in Hollywood. I heard she was in The Grand. Just picked that up on DVD last week. Something to look forward to, a little game of Don’t Blink. 😛 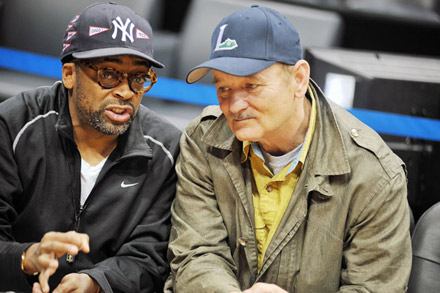 Spike Lee at anything other than a Knicks Game? It’s an odd sighting for sure. Spike was giving Bill Murray an earful. It could have been about the 20th anniversary of Do the Right Thing. Yeah, it’s been that long.
——

blonde….? Christina you could do better boo!

Eew, is she trying to be white or something?

Im not really feeling this blonde hair. I think the dark hair works better for her, but I guess she is trying to create her own new persona along with her new album. To each their own.

you are a good actress.I don’t know what those other people are talkin bout. Ilove your new look.

I love you. I am your biggest fan. You are fine. I love your new look.

[Name deleted], who isn’t a rape viictm, claimed in graphic detail that she was gang raped vaginally, orally, and anally by three men in a bathroom   medical and police evidence never supported such a claim, yet Mike Nifong rail roaded three innocent boys, destroyed their reputations, and dragged this case out for almost a year. Ms. [Name deleted] swore under oath months ago that she was 100% sure that two of the boys raped her and 90% sure that the other one raped her.  [Name deleted] destroyed the lives of innocent boys and Mike Nifong had a great part in the propogation of this rape lie. They both deserve prison time