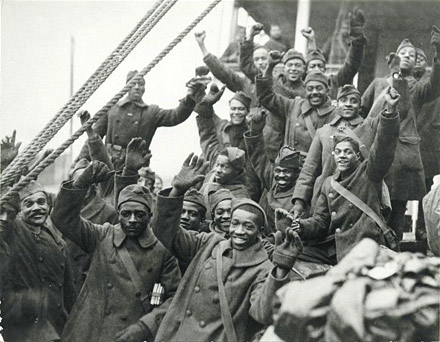 Spike Lee’s Miracle at St. Anna didn’t do too good at the box office and he apparently blamed the empty theaters on his agent. I hope they reminded him that any war movie released since we backslapped Iraq has brought in pocket change for the studios. 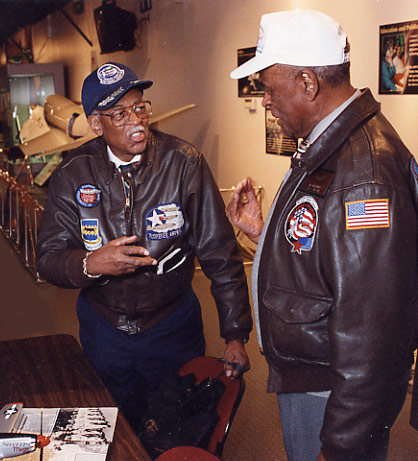 .. a retelling of the Tuskegee Airmen’s story (a group of black fighter pilots that fought the enemy and racism in WW2), the movie is named after the planes they flew.

And now Lord of the Rings producer Rick Poras is on board to bring Harlem Hellfighters to theaters.

Harlem Hellfighters will show how black soldiers introduced jazz music to France during WW1. The black and white picture up top is a group of soldiers returning to New York from that war in 1919. Think you know anyone who’d fit in that bunch?

The director is looking to cast the ’greatest living black actors.’

Sounds like he’s going to be dipping into Spike’s pool..
or maybe Terrence Howard will get his War Machine after all. 😉
——
[spotted at Yves Simoneau Helming WWI Story Harlem Hellfighters]

everybody dies.. its cool

my buddy bob told me bout this.. its cool

ur all gunna die

the story of the hell fighters is about more than jazz music how about a movie about what they did on the battle field ,and the prejudice they faced from their white American and french commanders. not just the music they played in liquor filled whore houses.

hi my name is ben dover,come pkay with me:)