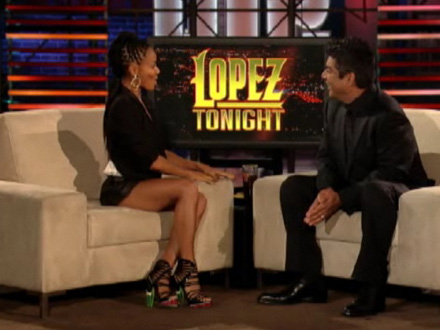 These past few weeks, Jada Pinkett-Smith has been on the media/talk show circuit in support of Jaden and The Karate Kid. On Monday, she was on The George Lopez Show. They talked about Jaden’s acting and how she protected him on the set of The Karate Kid. Willow’s mohawk was a part of the conversation too. On an earlier David Letterman appearance, Jada simply said Willow’s hair was completely her thing. Explaining that she and Will allow Willow to be a free spirit. With George Lopez, Jada got into it a little more. If you thought Willow was channelling Rihanna, or by chance, Janelle Monae, you’d be wrong. Jada said Willow’s inspiraton was .. her grandmother.

“I’m lucky that’s all she shaved, because my mother’s hair is that length (short) and of course, I had my hair that length when I was pregnant with Jaden, and it was blond. So she decided, ‘I want my hair like my grandmother’s.’ I said, ‘Willow, grandma has no hair.’ I said, ‘you have to have some hair.’ So she said, ‘Mom, I’m really tired of the hair. I just really feel I’d like it to get in the pool. I want it to swim. I just don’t want to be bothered with the hair.’ So we got permission from Will to finally just let her shave her sides.”

She also talked about Willow’s as yet untitled, or produced, but sure to be, album. 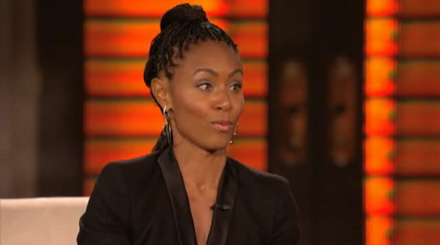 “Let me tell you, she’s 9 years old. I don’t know where that voice came from. She sings like she’s a grown woman. Like she’s been around. I’m like, ‘where does all that experience in your voice come from?’ I have no idea, but she’s something. Music is her thing.” 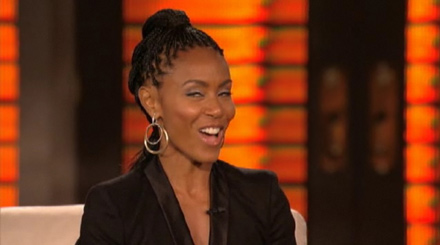 “Mom, you look so elegant.”

I’ve said enough. Get you some.

I love the Smith Family !

i love willow smith ok some one talk now

They look awesome with age..

I WOULD LOVE TO SING CAUSE I AM A SINGER AND I THINK WILLOW SHOULD FORM A SINGING GROUP AND HAVE AUDITIONS CAUSE I JUST AM A BIG FAN OF WILLOW SSSSSSSSSSSSSSSSMITH::::::))))))))

willow i know you are not going to read this but i lov your song i love to sing i wrote that same song in my diary .............ps.i lov your whole family

you are a good mom
and i am sure that your childern are
proud of you
:]

sorry ms pinkett smith my sister did that

HE IS SO COOL!

willow smith’s hair is like oseme how do you do that.

your brother is the cutest thing ever.

Wonderful blessed family it reminds me of my family. We should all strive to connect and love each other and support our children. Also to model for them life in a positive way. If you all are ever seeking some creative artists look up my kids….

jada u so fine

im in love with your daughter 😊

neko? how did u get in here

do u know wut the cobra is?

u don’t know! u tight alright i got to go to sleep peace freshkid2k12 and shaheem

whats up yull im coming back