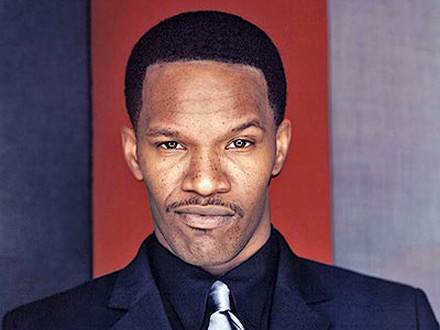 Jamie Foxx won an Oscar for his portrayal of Ray Charles. Despite being a funny man at heart, Jamie’s best movie performances have been on the dramatic side. His next role may win him yet another one of those coveted golden statues. In January he’ll begin work on Imagining Beethoven, and there is plenty of drama to work with.

The movie is about a man who once attended Ohio State University and studied for two years at The Juilliard School on a scholarship. At age 20 he developed a mental disorder, schizophrenia. The challenges with the disease and getting treated for it, he found himself homeless, living in the streets of Cleveland and later Los Angeles.

For 35 years he lived on the streets.

But he held his love of music and especially Beethoven.

One day in 2005, a journalist, Steve Lopez befriended Nathaniel as he played the violin near the Los Angeles Times building. They developed a friendship that was sketched out in a 12 part series called From Skid Row to Hollywood in the LA Times.

Funny thing: Ayers studied the bass, he was only playing the violin because it was the only thing available to him when he hit the streets.

“Nathaniel had an orange shopping cart that contained all of his belongings, including a huge plastic water gun, a single black boot and his violin case. We were practically in the shadow of the new Disney Concert Hall, and although Nathaniel said he wasn’t sure where it was, he had written the following on the side of his shopping cart:

See how movies come together?

There are complex and personal circumstances people go through when a family member is diagnosed with a mental disorder. It was through the articles that Nathaniel?s sister discovered that her brother was even alive.

She lost contact with him when he choose to become homeless.

The movie will focus on the bond between Steve Lopez and Nathaniel Ayers.

While you can expect a happy ending ? and there is one - a Dreamworks executive said, “‘Midnight Cowboy’ is a perfect example of what we want this movie to feel like. It won’t be slick and glossy. It’s going to be emotional and real.”

I sincerely hope for his sake that Jamie is up for the challenge. With sordid nicknames like “Sell Out Boy” and “Hollywood puppet” peeping up from the hoods, it seems only right that Jamie clean up his spolied brat act with an award winning performance. Don’t get it twisted Jamie. Deep down we’ve got nothing but love for you boy.

thats not how the hood is going to look at it, its a good thing and it lets the hood know this can happen to you. besides its called growing up dummy.

ALL I CAN SAY IS I WANT YOU BABY. JAMIE I HAD A CRUSH ON YOU SENSE LIVING COLOR. YOU MAKE MY DAY YOU’RE SO FUNNY. KEEP UP THE GOOD WORK HUGS AND KISSES. HOLLA! .(JavaScript must be enabled to view this email address)

Nobo where you born a hater or did you just grow up to be one. Why is it that when we are in the hood we dream of getting out but when we get out shiftless dreamers like you belittle the success. Here is a tip for you stop dreaming and get your hands dirty in this little thing called life.

Yo Jamie is da man, my favorite celebrity he’s a beast at everything kinda like me lol

Jamie, was a pleasure working with you on the film in L A. I believe you’ve done it again. Mr ayers lives in the same building I do and I hear him play his violin and trumpet all the time. Its very relaxing. Cant wait for the release of this film.
Thanx for another great film
Alan Fine

Good luck to you Jamie Foxx, I know you will do a great performace of this little unknown violin genius.  Keep up the good work of bringing reality to african american figures. I know you’ll get another Oscar nod for this performace as well.

As we all know life is not fare it deals cards we must play you cant throw your hand in i just want to say thank God for Mr. foxx seeing a role that afro americans need to know about this man is a musical genius who we forgot about both men foxxs and ayers Mr ayers just may have life and we have life wrong how many people do what they love for free please next time you see a homeless person just take time to ask who there are where they come from you just may find out they are people to Mr. foxx good lookin out and big ups to dir joe wright

Thank you so much Mr. Lopez! you have truly giving me another angle at how to view homeless people! I realize everyday of my life that I too am only a few weeks away of becoming homeless if I don’t pay my rent and keep up with my bills. I Thank The Sovereign Lord of the Universe everyday for helping me stay sound of mind and make a way out for me everyday! to Mr. Ayers much sucess to you and may the Sovereign Lord Jehovah continue to bless your gift.  When I heard Mr. Lopez speak about writing Mr. Ayers’ story - Tears filled my eyes! again, I will never look at another homeless person without thinking that person has a Story to tell!  Thank you Mr. Lopez! the Best to the Actors too.  MBowe

I was an extra in the film. It was a learning experience. Jamie is real in what he does for the character he portrays. Also I live in the complex Nathaniel Ayers lives in, and he is a wonderful human being. He plays all his instruments in the court of the complex for all to hear. Its very soothing and I thank Steve Lopez for discovering and bringing Mr Ayers to the big screen. I cant wait to see it. If anyone is interested they used real homeless people in all the street scenes. Director Joe Write was the friendliest director I’ve ever had the pleasure to work with. See the film, you will be entertained as well as informed of Nathaniel Ayers.

hi everybody,i haven’t saw the movie yet.i think it starts here at the end of the month.i look on the computer everyday hoping to see Mr Ayres and Mr Lopez.hoping to find some information to Cure my Nephew,he is 38yrs old.i love him so much but he will only let me be with him when he is taking meds and not being violent and angry.His Mom my oldest sister had been sick (That’s what we called it “sick”“.when i first witnessed my sister’s sickness i thought she was faking.She was not she took her life in 1992.her son had already begin showing he was “sick”.i think this is going to be a great movie.Mr.Ayres is already my heart.Mr Lopez too.i still call it sickness.i wish it were something that could turn em back to thierselves.