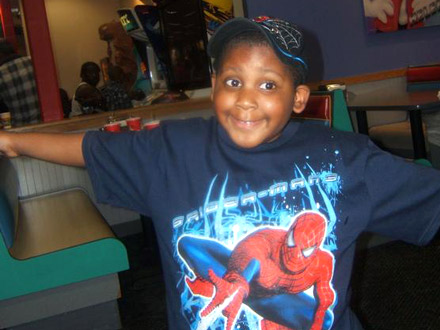 Chicago Police have turned off the amber alert for Julian King, after the white Chevrolet Suburban they were searching for was found on the West side of Chicago. Inside of it was the body of a young boy. Police have yet to confirm that it is Jennifer Hudson’s nephew, but considering that the alert is down, it’s likely the worst outcome has happened. The body was sent to the Cook County Medical Examiner’s office for identification and Jennifer Hudson and family have been contacted.

Over the weekend Jennifer Hudson offered a $100k reward for information leading to Julian’s whereabouts. This morning a call was made about a ‘suspicious vehicle’ parked in front of a house on South Kolin avenue. 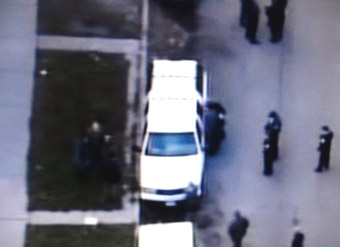 Sure enough, the Suburban’s license plates matched what police had been looking for. I wonder how long it was parked there. Did it take a promise of cash for someone to speak up?

William Balfour has denied any involvement in the killings, but was kept in custody, as being a suspect in the case violated his parole. Police are still trying to piece together what happened and who would commit these senseless and ridiculous murders. Balfour’s alibi was contradicted by his girlfriend - personally, from what we know at this time, there isn’t anyone else that would have done this.

It is truly a tragedy to see 3 lives taken away. to hear that the young boy julian may be the one in the truck is just heartbreaking. I am praying deeply for the emotional state and well-being of the Hudson Family. God Bless and Be with Them.

I am so very sorry to hear of this !!
This is a senseless violent act that was NOT necessary, PRAY PRAY PRAY thats all you can do, there may never be answers… only GOD knows WHY !!

Man that is so tragic for someone to undergo something so horrible just as she is at the break of her career. I will definitely keep the Hudson’s in my prayer and hope that things get better and they catch the bastard that did this

that’s so sad i feel bad for you and he looks so sweet.

I am deeply sorry for your lost, my family will be praying for you!

I have no words for how heartbroken I am about this tragedy.  My prayers go out to Jennifer Hudson and her sister.  May God be with you in this time of need…

I can’t belive it. Sorry so much. All my support yours.

I can’t imagine what Jennifer Hudson is going through at this time, so I won’t pretend that I do. Situations like these make you really understand that even when things for you, there can be a turn around. I hope you stay strong through this. The Hudson’s are in my family’s prayers.

may god bless the hudson family and bring the killer to justice.