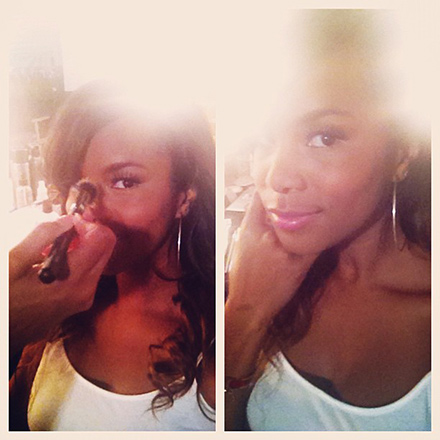 Letoya Luckett, Angell Conwell, and Carl Payne were cast in the Gospel Music Channel’s “For Richer or Poorer” TV mini-series, which filmed in Wilmington, North Carolina over the weekend.

More about that at Wilm on Film, “Stars descend on Wilmington to film gospel TV series”

Letoya Luckett tweeted that shot from her makeup chair..

Angell and Carl posed in a corner, during a break.

Always liked Letoya, she so pretty.