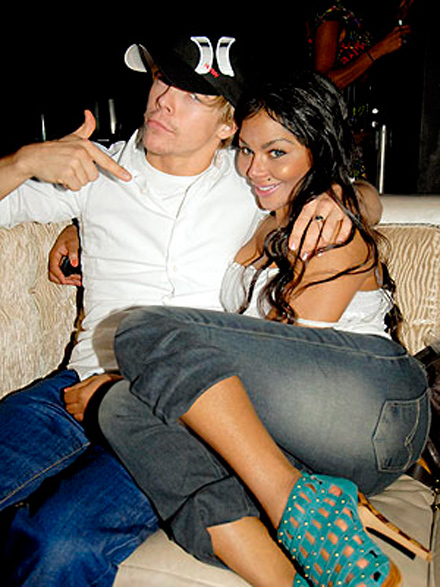 On Thursday, Lil Kim and Derek Hough, her Dancing with the Stars partner, were spotted at the LIV club in Miami.  The night before, they were unceremoniously voted off the show. As the picture confirms, Kim said the end of prime-time exposure wouldn’t put an end to their ‘friendship.’ What’s next for Lil Kim? Album? No. Movie? Yeah, right.

Kim is hopping on a laptop to write a tell-all-book about the 10 months she served between 2005/06 for perjury in the Philadelphia Federal Detention Center.

Kim explains.. “It’s about the time when I stayed in prison, the things I learned and went through. You don’t think about things until it happens to you. The book is going to give people who have been in those situations a bright outlook on life.”

The book will be released later this year.

If sales and interest for Kim’s book are high, expect Foxy Brown to pull a me too, which could be interesting. Kim made friends in Philly, her book will be somewhat thoughtful/as she says.. inspiring. On the other hand if Foxy Brown went Zadie Smith on us, those pages would have all the kicking and scratching of Caged Heat. 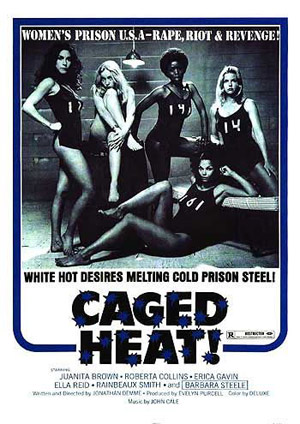 Foxy was actually writing her book BEFORE kim, so get it right. Foxy was even paid more than kim for her book the first time around.

They are adorable together. They couldn’t have put her with any other dancer.He was perfect for her!

Yeah, actually Foxy’s book was supposed to come out way before Kim even thought of the idea. (There goes Kim copying Foxy’s style, again). Foxy got paid a 70,000 advance for her book and Kim was somethin like 40,000. Then again, Foxy has always been more intriguing of an artist than Kim.

I mean what’s interesting about Kim beside her plastic surgery? And Faith beating her up? Nothing!
I’ll wait for Ms. Foxy Brown’s book, I know at least the reading comprehension will be above 4th grade level. I don’t even think Kim even passed 4th grade.

wow… there goes kim always being 10 steps ahead of that wack crazy girl flopsy clown. get

Honestly,.kims support comes from flamboyant gay men who general have no knowledge of real hip hop music that is lyrical.Foxy has truthfully been the better artist between the two.Always have!

Kim’s still relevant after all these years… Flopsy isn’t!

Kim looks crazy. She needs to stop with all the plastic surgery. I thought we left that shit to white people?

ahh kim is still my girl. wow i havent heard from foxy in a while, but kim is a better and more famous person. foxy will forever be in kim’s shadow and thats really sad cuz she was a decent artist, but kim def knows how to be the better of the 2. go kim.

You are right because her ass sure is probably made of plastic. She’s pathetic with all this PS and all the women that are supporting her are showing that they would be just as fake as her if they had the money. Why can’t you guys just be yourselves?

I’m sorry but Lil Kim is the real deal, not the other way round. What does Foxy rap about except designer clothes? Her flow is wack. Period.

yo don’t diss flamboyant gay guys and our taste in hip-hop. or our hip-hop knowledge

Derek Hough is such a nice man. He deserves a pat on the back for being a respectful person. People just can’t see how nice he is.