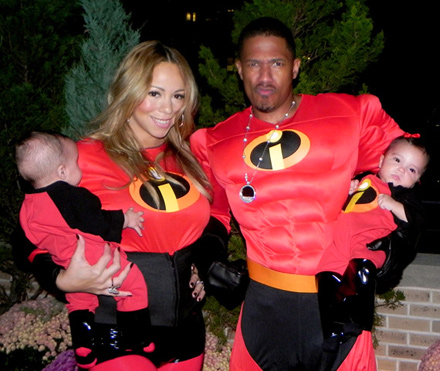 Last night, on 20/20 with Barbara Walters, Mariah Carey and Nick Cannon showed their twins Moroccan and Monroe to the world for the first time — or as that picture indicates, The Incredibles.

Always up for fun, Nick Cannon said the day Mariah Carey gave birth he was ready with a video camera and music. He told the doctor to let him know when he was ready to pull the twins out, so he could play the music.

Mariah was in complete agreement. She even picked the track: a live version of her song “Fantasy.” Mariah… 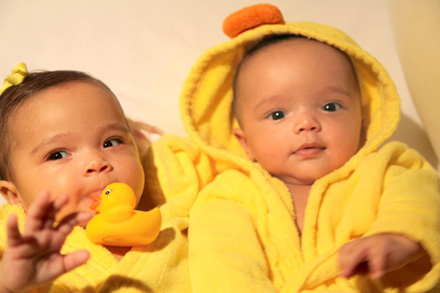 “I wanted the live version so they would enter the world to applause.” 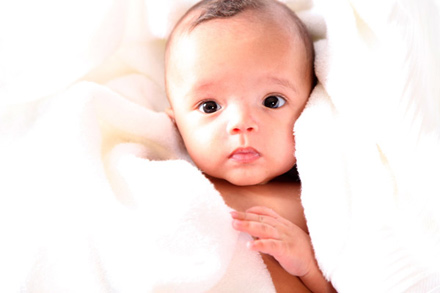 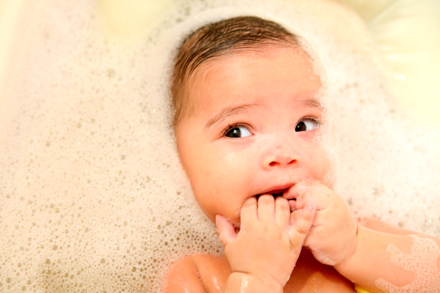 Those are two cute kids, that look ready for lights, camera, action, but Nick Cannon says he doesn’t really want them to get into the family business. 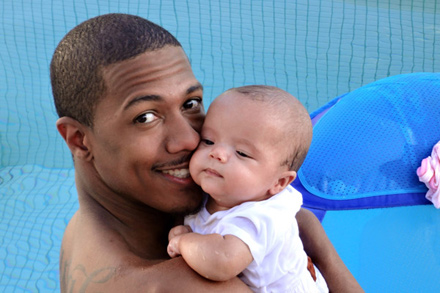 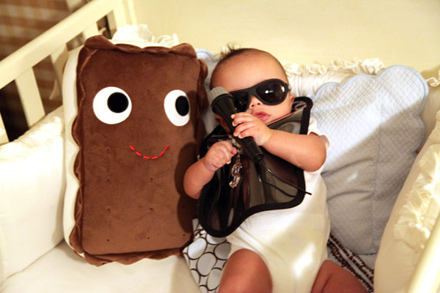 Mariah interjected, “It’s kind of one or the other. You gotta do the music thing first. I gotta say, they really respond to music.” 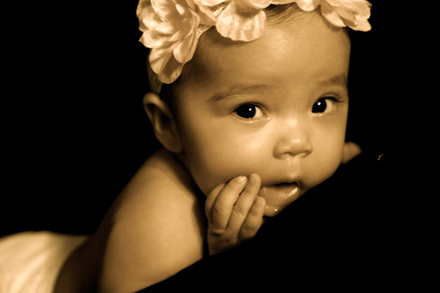 Nick Cannon circled right back, “But I wanna make sure we get education first.”

Sounds like education will be a big discussion if either of these kids get a Jaden or Willow Smith thing going.

The pictures were released from their personal collection in accordance with The Fresh Air Fund’s, Camp Mariah. Mariah Carey’s project to help inner-city kids explore education and career paths. Maybe in 10 years we’ll see Monroe and Moroccan there.

they is sooooo cute

Mariah…I’ve always loved you…and now Nick! You both look sooo happy together.Nick’es love for you is overflowing. Congrats on your babies…they’re beautiful, and I’m sure they’re going to be as successful as you and Nick!

Those are the most cutest twins ever,me and my brother are twins but we dont look nothing alike.
Well i wish you guys,nick and mariah the BEST
AND THE TWINS,CONGRATS THERE BEAUTIFUL. <3 <3 <3

MAN THEY R DROP DEAD BEAUTIFUL. BUT SO ARE THE PARENTS I MEAN I HAVEN’T SEEN SINCE THE TIME I’ HAD MY 7 BEAUTIFUL CHILDREN BABIES!! AGAIN CONGRATULATIONS! HAVE FUN N ENJOY. BEFORE U NO IT THEY WILL BE ALL GROWN UP N OUT THE HOUSE!!

that was soooooo cuteeee!!!

YO WHATS UP GO ON IMVU OR MEEZ

They are so cute

Man yall kids is so cute and I like yall halloween

they are jus wonderful yal family make a wonderful couple have a nice 5th anniversary mariah and nick cannon…..toddles

YOUR BABY’S ARE SO CUTE THEY ARE LITTLE ANGELS