Last night it was wild and wet in the NYC area. That didn’t put a damper on a couple of VIP events around town. One of them was the big screen premiere of Mike Tyson’s life. The documentary, Tyson, is a mix of archived footage and interviews that show everything from the Cus D’Amato days, his reign of terror in the ring, Robin Givens is mentioned, sprinkle in some ear biting and it ends with the man you see today.

Mike Tyson speaks on a lot of issues himself and the film has received good reviews, but Steve Lott, a ‘boxing insider’, says the amount of lies Mike Tyson told was Pinocchio worthy.

“Mike’s lies and fabrications shocked me. Especially when he called Jacobs and Cayton ‘Slave Masters.’ I have seen the documentary and it is obvious that Mike continues to surround himself with people interested only in their own good.”

Only if you’re interested - Steve Lott Speaks and on IMDB

Back in NYC, Mike brought the fam to the big show. *Scroll up* It’s Smokin Joe Frazier + Mike holding his daughter like a sack of potatoes.

Daughter? Yup, that’s his 13-year-old daughter Rayna and his newest baby girl .. who got 90% of his genes.

Rosie Perez.. Who I want to claim, hasn’t done a thing in ever, but pop in Pineapple Express, her demise is hilarious.

Lets hope he doesnt eat the baby! oh no

that effing Coco. you can always see her toe.
gawd! 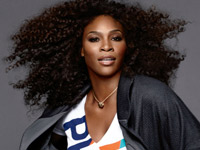