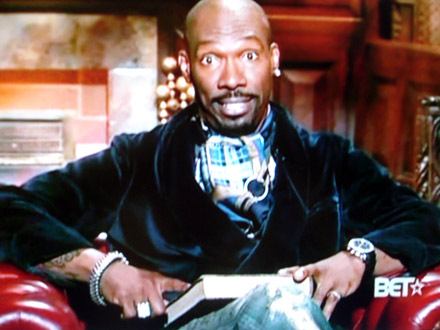 Well “Hot Ghetto Mess: We Got To Do Better” debuted last night and it must be said, there was nothing offensive about it. For all the petitions and outrage that made the suits leave the barbecue early, Reginald Hudlin had it right, “Watch the show first and judge for yourself.”

It was no more offensive than VH1’s video clip show “Web Junk.” In some ways the Man on the Street questions made it even better. Had it been an endless loop of true ghetto messes on parade, without pause or commentary, then I’d ask what the hell they were thinking.

What you had was a show that was actually teaching something through a little social commentary.

Ok that’s the bullshit line their publicists get paid to dish.

It’s all about laughing at how little people know and the dumb things they do.

What I liked was they gave the answers to the street questions.

Do a show about the end of slavery and there would be one person watching. Profile that one black Supreme Court judge there would be screams of, “Now the white man [Viacom] really took over.”

So you sneak in some popcorn trivia.

It’s the same thinking behind Charlie Murphy hosting the show.

If Will Smith was the host (only an example) all those “we got to do betters” would come off preachy. Instead you get Charlie Murphy with a wink and an unopened Measure of a Man delivering the sermon.

You had to love the way he closed the show. He gives the big I should be reading more books, you should do right too speech.. Then the credits are rolling and he’s reading alright..

“He removed her clothing and then he laid her on the bed and began to undo her clothes in a rapid motion. Screams were heard emitted from the room. Suddenly there was an explosion outside. It was her husband screaming, he’s coming to kill somebody.”

I can’t see the show lasting more than a handful of episodes though, after awhile they will just run out of clips.

For the sake of living up to their own push, “we have got to do better,” BET needs to set the mark and forget about chasing down ratings - even if it’s just in a few time slots. Get Tavis back on the air, Teen Summit, while they lacked a huge audience, sacrifice it for the good. They did better with ease, all the time.

So no need for a March on Debra Lee’s front lawn, there is nothing to be mad about except..

Who is Barack Obama? 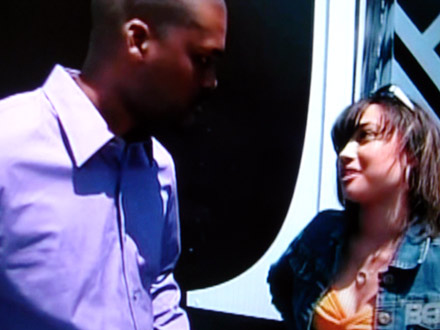 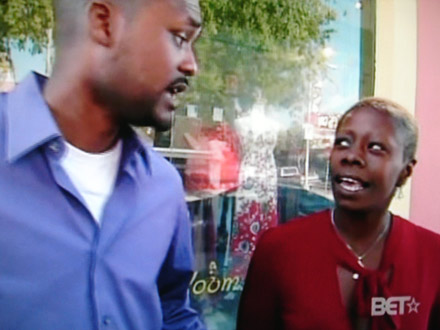 “Wasn’t that the guy that was trying to run for the presidency?” 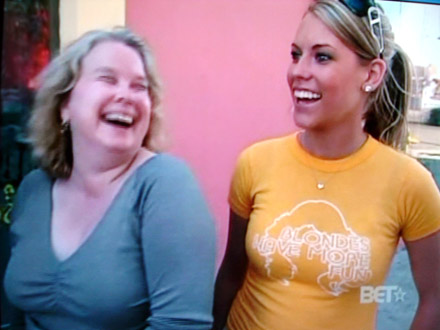 “He’s running for President. He’s Hot. I’m gonna vote for him. Is he a Democrat or a Republican?”

When did slavery end? 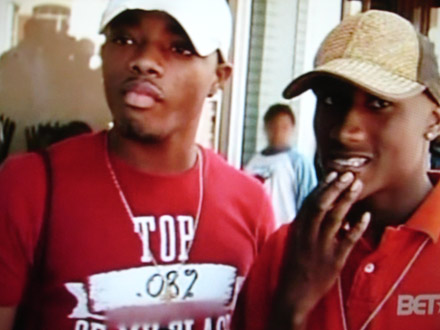 What does the NAACP stand for? 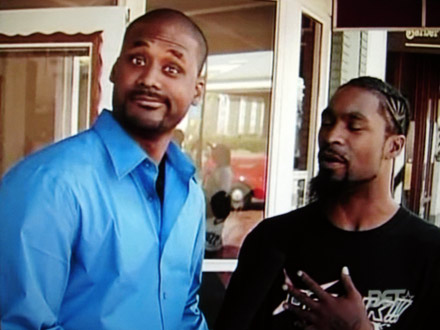 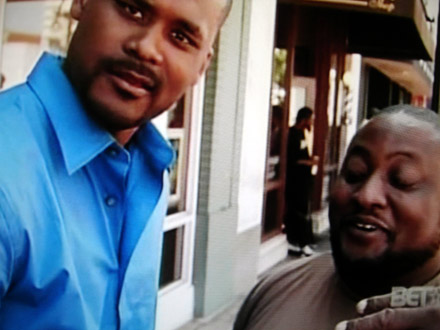 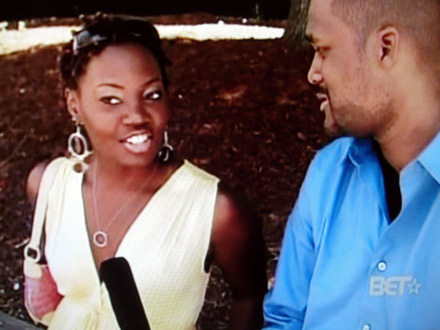 The National Association For the Advancement of Colored People

Of course it wasn’t that bad because it was changed because of the protest.  It should be obvious to see.  You watched with a very shallow eye. It was obvious the “Bid em in” clip about the selling of slaves was simply added in. Something so profound and there was no lead-in by the host or comments afterwards.

It goes to show what liars, spin doctors, BET is.  They were feeling the heat and overstated the show.  That was not social commentary and Charlie Murphy did not, unlike what they said, offer serious commentary.

And having said that—it was lame, tired and boring.

Let’s just say I"ll never watch again -
Poorly done, - came across like a grammar school
video project. . .change of title won’t help - it was amateurish, clumsy and pandering - the videos
did not reinforce charle murphy’s atttempts at (satire?)
Because of the controversy the debut audience wilprobably be the last one truly aware of the
need to censor such shows- most likely Charlie
Murphy’s audience in future episodes will be those
same illiterates who watch Maury, Flav, New York,ad nauseum

I second what Lavone said. What you saw was the edited version of the what they originally planned to air. They removed the offensive title and material to make it less offensive. This was not the show they originally planned to air. What you saw that the result of the activism against the show. They must have had it full of so much offensive material that when they removed it all there was barely anything left and they had to put in a short film! What they would have originally aired would have probably been quite offensive judging from the HGM website’s material.

Wow. The person who wrote this review just does not get it!  HGM is reallllly bad. “Bid em in” made me angry.  Why put that on? How does that help anything? That cartoon was sooo out of place.
The show was so dis-jointed that it’s pretty obvious that BET re-edited the show.
They even had a spelling error. The spelled sponsor “sponser”.  BET’s spel chek “has to do betta”. BET putting this on is a VERY BIG DEAL. It’s scary that they would do it.  It’s like a child “spitting” in their parents face at a family reunion. It’s painful and it makes you mad. It’s also a “head-shaker”. What is BET doing?  How is HGM going to help black people in America? People need to lose jobs over this.  What BET did was AS BAD as what Imus said.
Hudlin should be fired and GHM show be shelved along with the “jazz singer” and “bith of a Nation”.  Sad :-(

“So no need for a March on Debra Lee?s front lawn, there is nothing to be mad about except.. “

You are right we don’t need to march on Debra’s lawn. Debra Lee needs to be fired.  The “man on the street” stuff is the same stuff Jay Leno does.  BET did not need to do that.  Why can’t BET find talented black folks and create show.  Look at American Idol.  Hudson didn’t even WIN Idol and she went on the win the OSCAR!!! Did BET contact her about doing a show? NO!  Did they contact other talented black artists? No.  They put on SOB and GHM.  All the BET execs should be fired.  If Bravo or NBC put this type of programming on people would be calling for the execs to be fired.  Fire these BET execs. Debra Lee is a good place to start. Then we need to focus on VH1 and MTV (“yo momma” anyone).

so long indeed! Black people don’t know about the NAACP because the NAACP HAS NOT DONE ANYTHING RELEVANT SINCE THE 1970s!!!!!!!!! Black people not know what the NAACP stands for is the NAACP’s fault, not the people struggling to answer the question.

Why should they know the answer? NAACP has done next to nothing since the 1970s.  It’s 2007, DO SOMETHING and people will know who you are and what your name stands for. chew on that!

The show was boring with a capital B.  And “man on the street” are always set up because they interview 100 people and then just include the 2-3 people that are either nervous, caught off guard, or just stupid.  But then it makes everyone look stupid.

When I watched that show (We Gotta Do Better) the first time, I was shocked. I couldn?t believe it. I felt sick! So I watched it the 2nd, then 3rd time and then was I convinced. NEVER AGAIN! IT?S NOT FUNNY (in more ways than one). If we want our community or even society to ?Do Better?, negative publicity is never the approach. How about positive publicity? Words are spirit! Are there any positive people in our communities that can show us and society a different side of our people? I think so! Black people are stereotyped as being ignorant and inferior every day. It?s bad TV like this that complements this theory. You better believe WE GOTTA DO BETTER! We need to kill it at the root! I have an idea?how about we start with the voice we already have, like?.BET! Lets stop magnifying what we don?t know and how ignorant we can be and create a show and awareness of how great we can be and how great we are! Where in the hell is Tavis Smiley? I think he or someone like him could pull off a show like that. BET, please I beg of you?.stop the madness! After all is said and done?there is more said than done. There are a lot of people who stood and died for us to DO and Be Better and they would be ashamed as I am in the way we us our leverage. Do better you say, do better? Let?s start with BET doing better. I would hate to see anyone loose their job over this and I don?t think it?s necessary. BET, we love you, but please don?t be a follower. Display the leaders that we are.

Even though the show wasn’t a great success, what else is there to convince us to do the right choices, other than Church? There is already other junk on TV just to entertain us, and we, as the people, can’t really do anything about it. Gang Violence, and the “snitch” rule for example. It’s like a drug addict coming out of rehab, and weeks or months later, going back to drugs. We don’t really have a choice. They’ll just do it all over again.

Rap music, is another example. I love rap music, and I think it would be boring without it, but few are not being original anymore, but just putting out bling, women, and money. Like people are trying to say as an excuse, “sex sells.”

I watched the Salt and Pepa show, yesterday, and they talked about that they saw something on the news called Jena 6, in which a group of black students beat up on a white student. One racial incident happened where three white students hung nooses on what they called “The White Tree” after a black student asked permission to sit under the tree at the high school. They also had the segregation thing still going on at the city, in particular, at the school. Racism still going on since Martin Luther King Jr. made his infamous speech.

Let’s just say, the show tried to convince us to be more defined. I guess it didn’t work the way I thought it would, but it really isn’t their fault. Without the show, who is going to tell us to do better, and coming from a Black person? 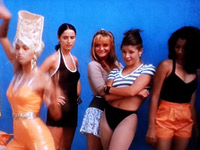 Karlie Redd Was a Model in BAPS? 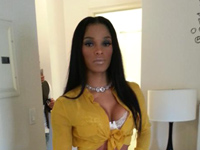 Love and Hip-Hop ATL: The Reunion Before the Reunion Show 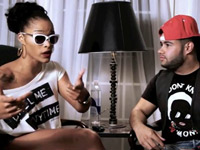