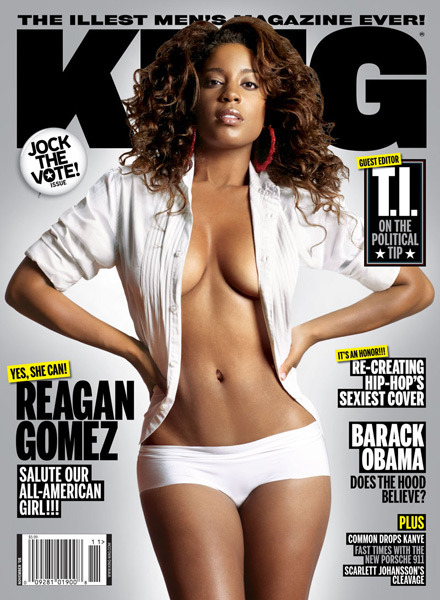 Reagan Gomez is on the cover of this month’s King magazine. Excuse me, my mouth is watering. Too bad it isn’t VIBE they would have air-brushed her clothes off. This is King’s election issue, so Reagan had the opportunity to get all political and stuff. Reagan blogged up a sneak peek of her musings..

“This Presidential Race has me thinking about the generational gap that exists between young and old.There’s Jesse Jackson’s remarks; Bob Johnson; Rev. Wright’s apparent attempt to sabotage Barack’s campaign.. 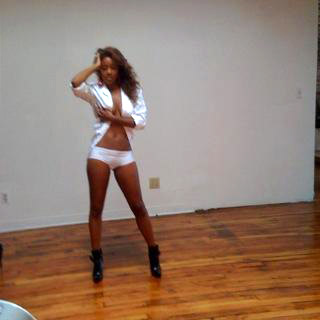 “What angers us young people is the blatant denial by some older blacks to acknowledge that we’re going through our own struggle. No, we’ve never seen “White Only” signs, or a black man lynched, or gone to segregated schools.” 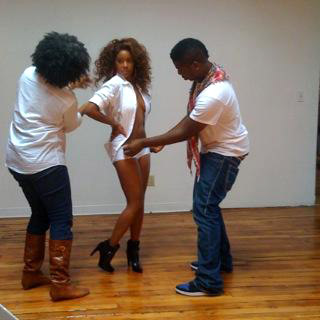 “But we have seen young, unarmed, black men murdered time and time again by the police. And our schools are just as under-funded and segregated as they were 60 years ago…...... 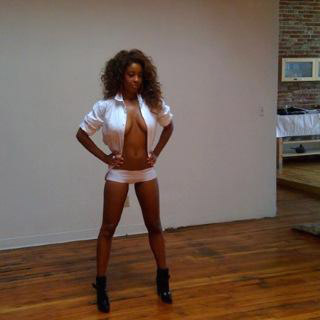 ”......We can shut the country down and march for the Jena 6, and even get Don Imus fired, yet we can’t do anything about the staggering numbers of black men in prison, our outrageously under-funded schools, the HIV epidemic in black women, or the number of absent fathers? 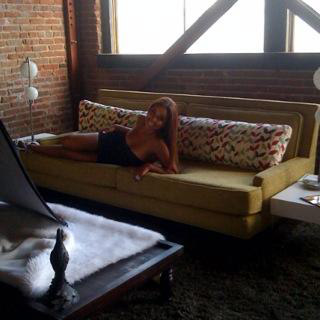 ”...... But I guess it’s not their job to actually FIX our community’s problems—-only to defend us when someone of another race wrongs us…...... 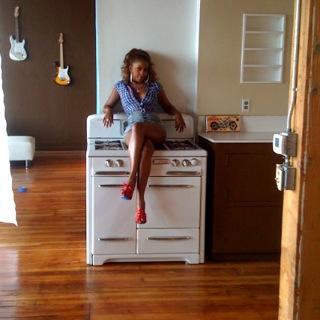 ......We love and appreciate all you’ve done, older politicians. But it’s a new day. Barack Obama represents change——not just for the country, but also for young people. A new Civil Rights movement is on the rise——no marching, but empowering and education us young people, so that we can add our own chapter to our already long and amazing history.” 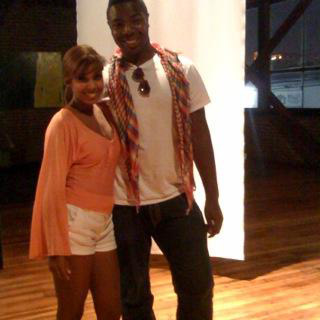 What cha think? You know I couldn’t give you the WHOLE article, you have to go buy the magazine for that.

She is the full package, but once again a woman has to go half naked for money. Sex does sell… I guess…

I agree with the post above but DAMN she looks good. I personally think it’s going to help her career though I too, disagree with women going this way.

I definitely agree 100% with her. I’ve tried expressing those same points myself on this site many times.

Wow that first photo is probably the sexiest one that I have seen in a long time but I do agree yall ladies gotta stop this.

Zaria has grown up

get naked for cash

your not a women

you are a ho

ho’s are not womens

to the young dummy above, who think they know something about life, she is not a ho, she is working…if you do not make it to her level, and work like the rest of us, you’ll be surprised what life forces you to do…she is not hoeing-i have seen real ho’s…