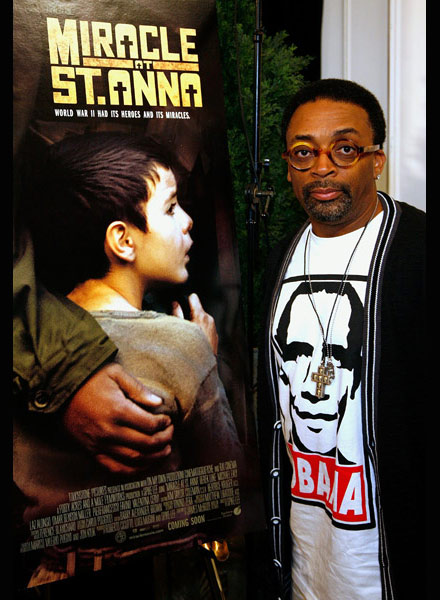 The buzz about Spike Lee’s Miracle at St. Anna is semi-positive (I’ve read reviews that laud the production, but say the story gets lost in a few artistic flashes.) Miracle at St. Anna is a fictional account, based on the true story of a group of black soldiers who dogged it out in Italy during World War 2. It’s also Spike’s way of reminding the world that black soldiers have fought in America’s wars even before they were considered citizens of the United States.

This summer, Spike Lee complained that Clint Eastwood’s Flags of our Fathers didn’t have a single black soldier on screen. Clint Eastwood simply told Spike to “Shut Up!” Spike responded, “First of all, the man is not my father and we’re not on a plantation, either.” Then he went back to working on Miracle; he was in production at the time, but there is no surprise questions about that back and forth is coming up in interviews for his new film. 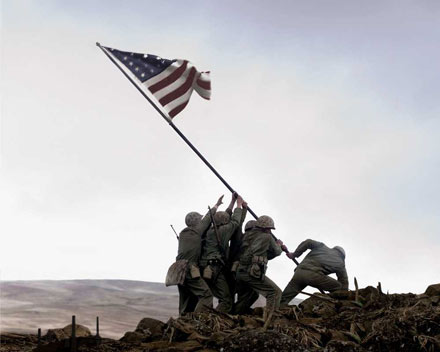 “I wasn’t the first one to call him out on it, and what I said was a fact - there were between 700 to 900 black soldiers and Marines on that volcanic island of Iwo Jima. Did they help raise the flag? No. But guess what, the pole they used to hoist the flag was given to them by a black soldier in charge of a supply dump. His name is Thomas McPhatter, and he lived in San Diego. I interviewed him recently.” - NY Post

In June, Thomas McPhatter spoke to NPR about Clint Eastwood’s missing ingredients. This reminds me of Oliver Stone warping perceptions by ignoring that a black soldier was the basis of the hero that saved the cops in his WTC movie.

Hollywood fights don’t last long, Spike Lee and Clint Eastwood have agreed to disagree.. “I never expected for Clint to tell me to shut up..” But the issue with Eastwood is “over, finito, we’re cool. The olive branch was extended.”

a very true movie,that it could have perfectly have had happened in WW2 but often enough we try to forget or more like take no notice of the real true. black people r people to we r all equals in the ice of god.nice one.saying that in war nothing its fare war its war nd evil prevails allmost all the time.