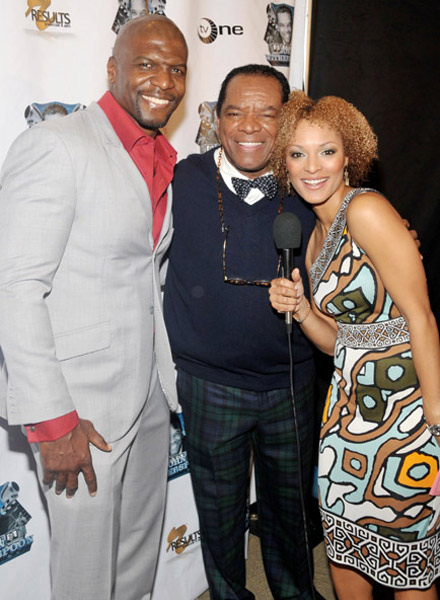 Last night friends of John Witherspoon came out to give him a good verbal smashing at TV One’s Roast and Toast affair at the 9900 Club in Beverly Hills. Who can forget his scene stealing moments in Boomerang and Friday? You know the lines: “Mushroom tie, mushroom socks.. You got to coordinate.” How about.. “Don’t nobody go in the bathroom for about 35, 45 minutes.” And of course.. “Bang! Bang! Bang!”

A few faces in the place.. 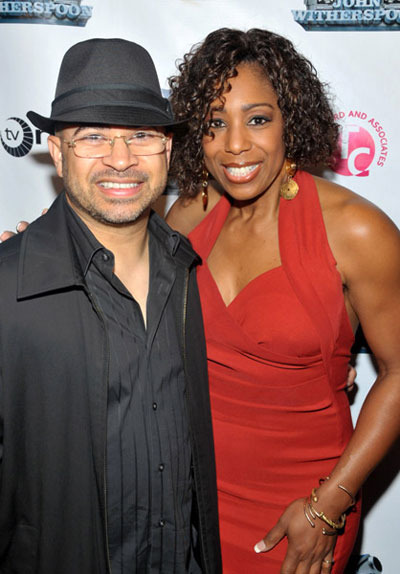 Dawn Lewis and Darryl Bell of A Different World fame. That’s a serious blast to the 80’s/90’s. 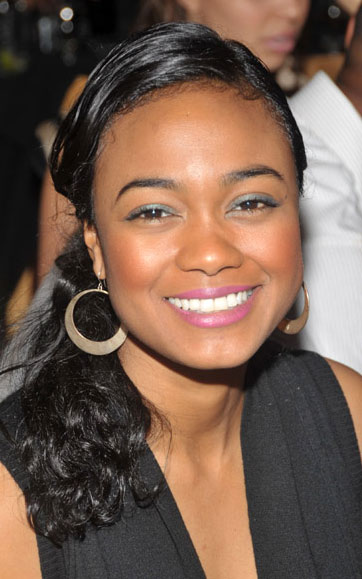 Tatyana Ali. Speaking of shows. What happened to Buppies? BET and TV One aren’t willing to take that on? They know they have plenty of slots for new ideas.. 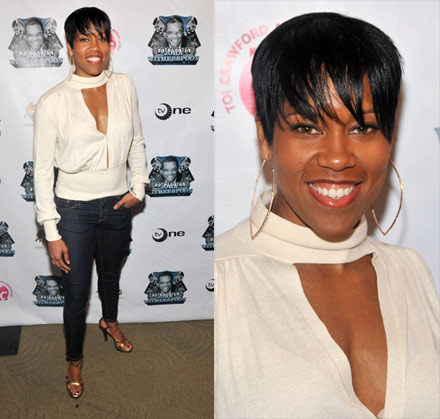 Regina King. I’m not sure about this look. 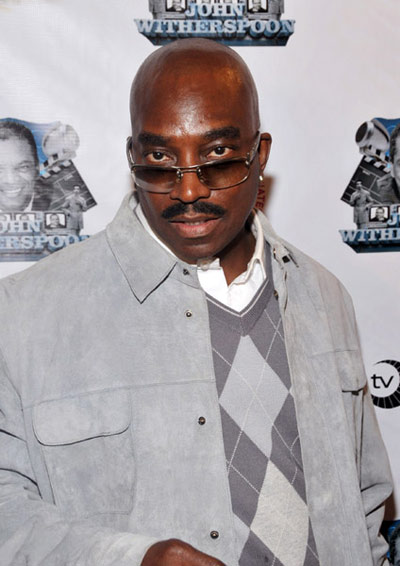 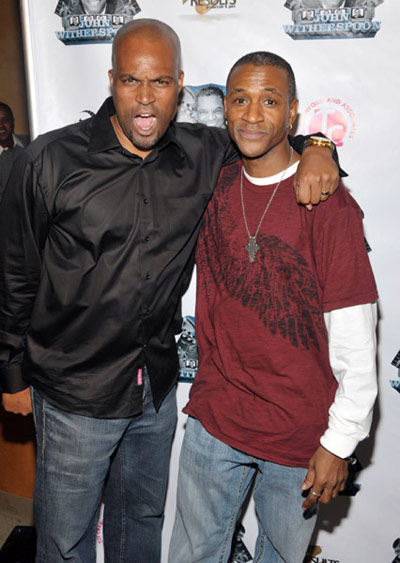 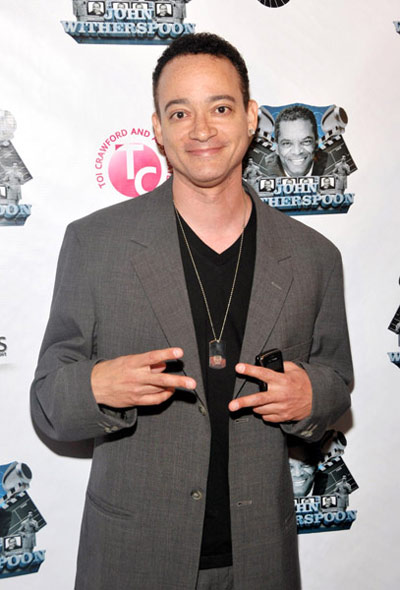 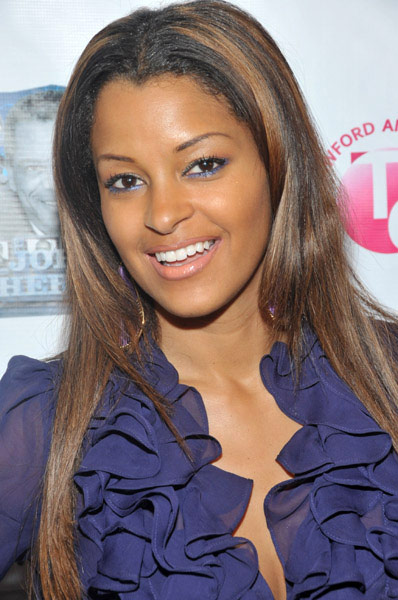 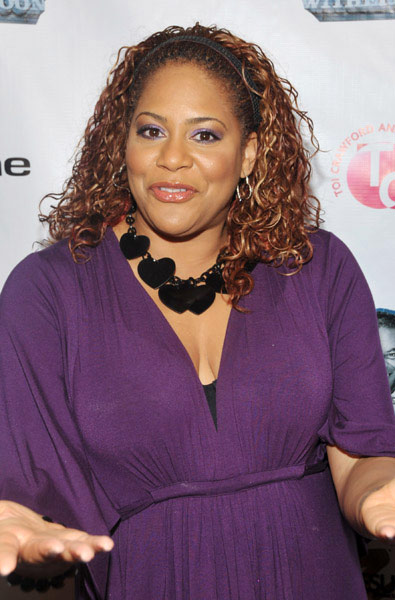 As Kim Coles would ask.. Why Not? 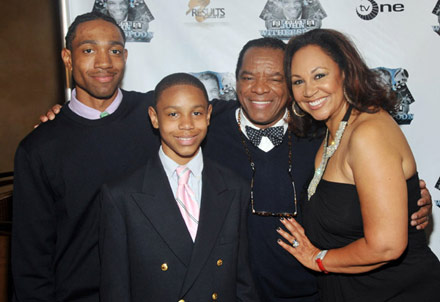 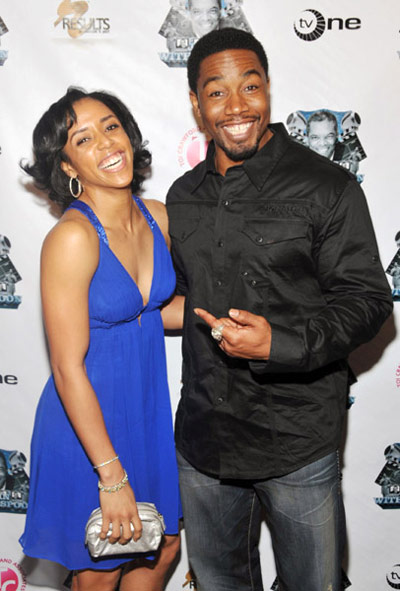 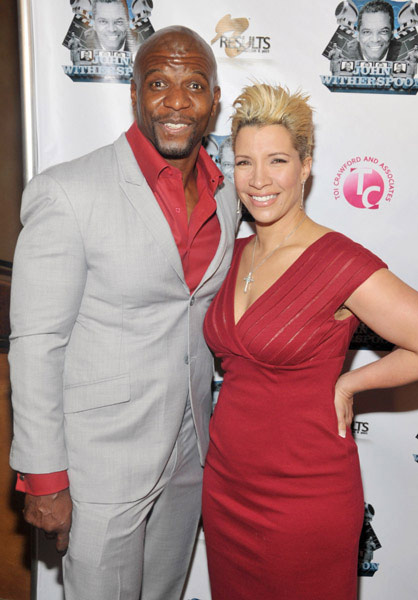 Terry Crews and his wife Rebecca came properly attired for the night… Coordinated.

Terry your wife is Beautiful

hahaha terry crews wife so cool and stufff and lesbians wanna see me naked woww how dod i even know that she knows that i exist walaaalalalalallalalallllllllllli love f**king her
..... i used to be her boyfrind i was her fisrt i f**ked rebecca crews

Wow, this is in every rescept what I needed to know.