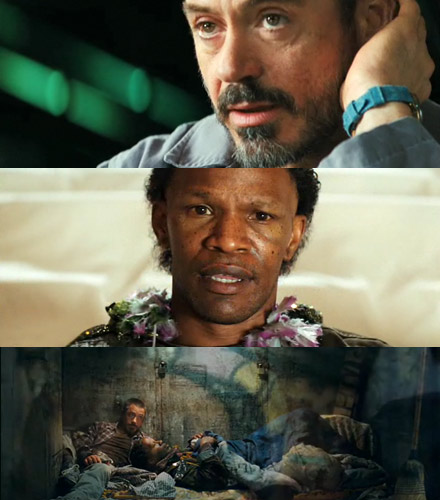 It seems like just a few months since I posted about Jamie Foxx’s homeless violinist role in Imagining Beethoven. That few months was actually a year ago; the movie is wrapped and ready. Retitled The Soloist, it’s the true story of Nathaniel Ayers. Once a student at Julliard, Ayers developed schizophrenia and was living on the streets of Los Angeles. In 2005, Steve Lopez, an LA Times journalist, was on his way to work when he heard Ayers playing the violin.

Steve befriended him and wrote a series of articles that drew a lot of attention. Robert Downey Jr. got the role of Steve Lopez. Here’s the first featurette..

Yeah, he do look hit…

When does it come out?