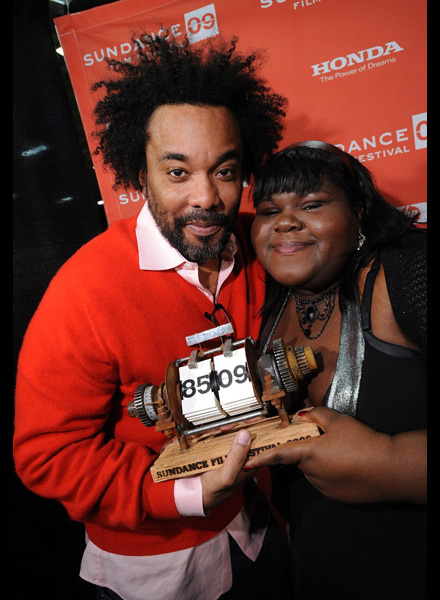 Lee Daniels’ “Push: Based on the Novel by Sapphire” was a surprise winner at this year’s Sundance Film festival, winning both Grand Jury and Audience awards. I posted about this film when it went into production, Lee Daniels Bringing “Push” to the Big Screen. That was late 2007, since that time, you may have seen a few trailers for movies with the same title. Dakota Fanning’s new movie is a Push thing. So you’ll understand the new distinction Lee Daniels had to make. This is the Push based on the book..  in which an overweight, illiterate, 16-year-old Harlem girl is impregnated by her father, abused by her mother, is HIV positive, and is just trying to figure out what it all means. 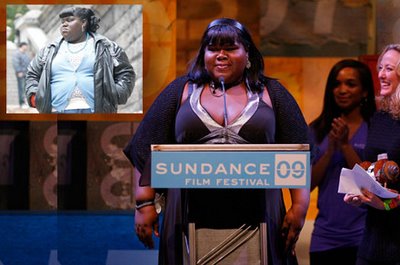 First time actress Gabourey ‘Gabby’ Sidibe plays 16-year-old,  Precious Jones. She auditioned for the role with some encouragement by friends. They told her she fit the part. I’m not sure if that was a compliment or a backslap. Here is Gabourey’s audition tape..

Looking for some familiar faces? Mariah Carey plays a social worker; apparently she’s stepped up her Glitter game. Lenny Kravitz is the dirtbag father (Don’t quote me on that. I read the book way back when. Is John the name of Precious’s father?) 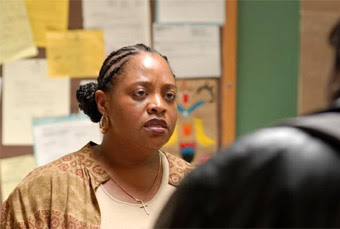 Sherri Shepherd took some time off from the View to cornroll her hair.. 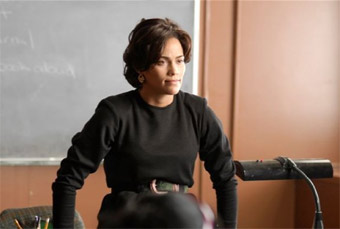 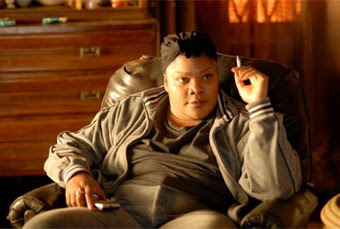 There are nothing but good things being said about this film, yet there is no word on when, where, or how you and I (ie. Joe Public) will be able to see it. After making such a showing at Sundance someone will step in to fund the big screen distribution - even if it only ends up in ‘urban’ markets and indie theaters.

That said, there is no trailer yet, but here is Lee Daniels with the final push ← intentional punage.

“This is so important to me because this is speaking for every minority that’s in Harlem, that’s in Detroit, that’s in Watts, that’s being abused, that can’t read, that’s obese and that we turn our back on.”

lenny kravitz is playing nurse john, i think he helps deliver precious’ baby or something like that

This movie sounds deep. With its almost all star cast and rave reviews, I know the story was executed well. I would pay money to see it.

I would also pay to see other GOOD black films. I’m wondering if this was the only one at the festival to receive good reviews. Because I’d love for more diverse content from black film makers be celebrated and brought to life.

I saw this preview when I wen tto see Madea goes to jail. I think this touches home through many people because it either happened in your town, or you know someone like this or someone is facing the circumstances. I didn’t know the push line of the story until I did a search online. It speaks a true story I know from witnessing it amongst school friends, I didn’t understand whya 7 th grader would be pregnant but as maturity set in and working with at risk teens before I was able to understand the whole dynamics (background) of the universal , generational curse so to speak. Its serious and we all have to put God 1st to lead us to victory! Because as you live life,begin seeing yourself the way   God sees you-walking from victory unto victory! This is a movie I will definitely go see. Its based on the book Push by sapphire. A good read. God bless:)

I Love Lee and everything he does, every Movie he has wrote has been great. If you ever need me Lee contact me I’ve been in Movies as an Extra’s and I would like to continue to build my resume.